Hi world today for blog I will be doing a part 2 on basketball shoe. 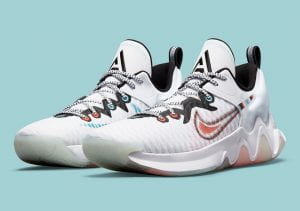 In my opinion I like the shoes because they are really comfy and nice looking. The part that I like about the shoes is the Nike logo and his family’s name in the bottom of the shoes. I also like color because the shoes are very colorful and I like colorful thing. The shoes cost $105 plus tax is $128. The only reason why I bought the shoes is because basketball is coming up in our school and I don’t have any basketball shoes that fit to me, and I got it because Elijah and Jayden got it and so we can match in basketball.

I think Kyrie have lots of good shoes. They look nice and they are comfortable. I used too to own one of his shoes but they are small too me so I had to give them to one of my cousin in the Philippines because they are small already and I’m pretty sure I only wear them like 5-7 times.  The part I like is the color of the shoes and the Nike logo and they have a very good grip on them. They cost $144 plus tax I’ll say $160 ish. This is what the shoes look like 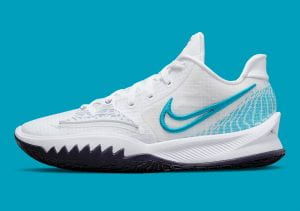 Ok, Jordan is best basketball player in NBA. He has a nice shoes, but the problem is that they cost a lot. I don’t like his shoes that much but they look good. The part I like is the Jordan logo, because every time I buy basketball shoes all I see is a Nike logo. They cost $400 and I don’t think it’s worth it buying shoes that are 400 dollars. 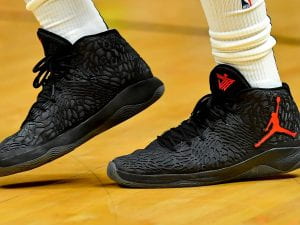 Hi guys today for blog I will be talking about our game this weekend.

Tomorrow is my second hockey game because  I’m a new player so I never been in a hockey game yet. It is at 7:00pm. We are playing against Peguis on Friday and I heard a lot about them already. I’m a bit scared because my friends said that they can hit hard and they are tall and they said that they are not that fast but I don’t know if that’s true I hope that we can win against them because that’s going to be my first win. When we played against stonewall we lost 3-2. But that’s ok. Then we have another game on Saturday at 2:30 against Fairford or Pinaymootang and I hope we can win again. Also we do war up and stretch before we vs them.

We have played one game already and that’s against Stonewall. We lost 3-2. I’m in a line with Noah, Ty and Me. Noah play center, Ty play right wing, and I play left wing and our defense is Talon and Josh, I’m pretty sure that’s our defense in our line but I’m not really sure though.

Our practice is on Monday at 8 to 9 and Thursday 6:30 to 7:30. Peewee also practice with us, I think the reason why we pulled them is because we only have two line so I think its way better to have third line. But basically Peewee player is under13 and Bantam is under15 which I am in right now.

I really hope we can win both of our hockey game this weekend. We will give our best to beat the other two team. Anyways this is the end of my blog see you guys next week bye!!!. Also you wanna read this blog. I will put them right bellow it. 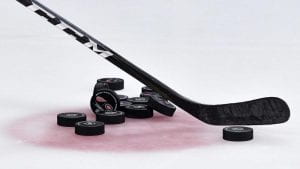